Just Jared and MTV bring us some images from the set of Mockingjay, the cast is filming in Paris. Hi! I'm a new member and I wanted to share some icons I recently made.

Francis Lawrence spoke out about the loss in a recent interview with USA Today:

It was obviously very rough for all of us. He was a friend. He was an amazing actor, an iconic actor. He was someone I really looked up to… We shut down for a day to give people time to deal with the sudden shock of it all. And to try and sort of figure things out a little bit. …We as a cast and crew definitely honored him. We gathered everyone together and had a big moment for him. We still think about him every day. It’s hard not to imagine him being here. It’s something so sudden, so shocking.

Lawrence says Hoffman was "mostly finished" with his work on the Mockingjay set.

"There was very, very little that was left," says Lawrence. "Even if (Hoffman) had a number of days left, most of those moments were appearances in other scenes. Most of his dialogue was done."

Lionsgate Releases Official the poster for "Mockingjay Part I" 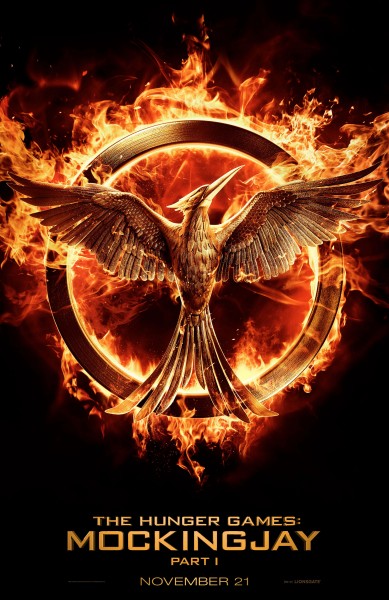 Title: Ignite
Fandom: The Hunger Games Trilogy
Pairing: Katniss/Peeta
Rating: NC-17
Summary: Katniss and Peeta rediscover each other through the five senses.
Notes: Set mostly during the final chapter of Mockingjay, with references to events in earlier chapters and in Catching Fire.

Link to LJ
Link to AO3

Title: Save a little for me
Author:

Link to LJ
Link to AO3